For more than 30 years, the V-22 Osprey has fundamentally changed how the U.S. Marine Corps, Air Force and Navy operate in combat and humanitarian operations. With a fleet of over 400+ aircraft, the Osprey continues to prove it’s one of the most versatile and reliable aircraft around the globe.

Perform the previously impossible. Fixed-wing speed range, endurance and altitude combined with vertical lift. Over 600,000 flight hours. A revolutionary advantage across the full range of military operations in the most challenging of environments.

Air Assault - Combat Proven: (Picture 1)
Survivable performance across the full range of military operations worldwide. Increase your commanders' reach by extending operations farther and faster than ever before.

Special Ops - Own the Night (Picture 2)

Point to point flexibility. The CMV-22' combination of range, speed, playload, and vertical lift means critical suppliers get where they are needed, when they are needed. Floor rollers and cargo winch allow rapid loading and unloading of cargo.

Land anywhere with the maneuverability of a vertical aircraft. Fly faster with the transit speed and range of a fixed-wing aircraft. Travel with presidential confidence in an interior fuselage designed for dignitaries.

Faster response with the V-22's speed and greater coverage area with its range means more casualities receiving medical care during the "golden hour". Use hoist and hover capability to recover personnel over water or rough terrain.

Do you want to learn more? 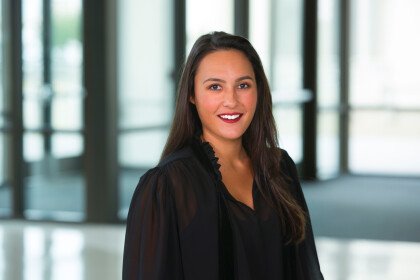