Climate-research and high-altitude rescues - all in one day

The Tibetan plateau has an average altitude of some 4,500 meters, with formidable surrounding mountain ranges that include Mount Everest and K2 - both reaching over 8,000 meters. Low temperatures, thin air and turbulence present a challenging environment for vertical flight. This is where Snow Eagle Aviation, the Tibetan helicopter operator, calls home for its H125 helicopter fleet.

"Flying over the plateau is completely different than on the mainland. The Everest base camp has a take-off altitude of 5,200 meters. The special topography of Mount Everest forms a 'canyon, pocket effect', with the resulting high winds causing significant turbulence that can extremely affect flight," says LV Jin, president and chief pilot of Snow Eagle Aviation.

The H125 family: high-altitude record breakers
While the terrain of the Tibetan plateau may be daunting, the Ecureuil helicopter is well-known in the region, having set the world record for highest take-off and landing of a helicopter on Mount Everest at an altitude of 8,848 meters, a record which still stands today. Since Snow Eagle Aviation began operations in 2016, it became the first high-altitude general aviation company to obtain China's civil aviation operation permit and has flown over 5,000 flight hours in this high-altitude and highly-demanding environment, providing valuable experience for the development of China's general aviation industry on high plateaus. To date, Snow Eagle Aviation’s H125 fleet has carried out more than 30 HEMS (Helicopter Emergency Medical Services) flights and various search and rescue missions.

"The powerful high-altitude performance of the H125 helicopter is an important factor for us being able to complete our missions. Even when taking off and landing at operating sites at an altitude of over 6,000 meters, the H125 still had plenty of redundant power, which increased our confidence in carrying out all types of missions in the extremely challenging environment of the Tibetan plateau", said Jin.

Afforestation missions to reduce CO2
The H125 operator has also broken new ground on afforestation flights, the first time these operations have been carried out in Tibet. Afforestation - the process of planting trees to create new forests that naturally remove CO2 from the atmosphere - is part of a larger government-led project aimed at improving environmental and ecosystem protection. Since 2020, Snow Eagle Aviation has been working closely with the Forestry and Grassland Bureau and the Academy of Forestry of the Tibet Autonomous Region to conduct afforestation missions, creating over 600 km2 of new forest since 2020 in the Lhasa, Shigatse and Shannan regions.

“Mission Summit”: helping scientists understand climate change from the roof of the world
Many of Snow Eagle Aviation’s other missions include scientific research around the world’s highest peaks: transporting people and materials to lofty basecamps and mountain summits. In the past, researchers relied on yaks to transport supplies to high altitudes - a slow and often grueling process that added several weeks to the project timeline. With the H125’s reputation as the benchmark for high-altitude vertical flight, it provides a level of flexibility and efficiency that allows teams to quickly and conveniently transport material and speed up research projects.

Most recently, one of Snow Eagle Aviation’s H125 helicopters participated in the "Mission Summit" research project on Mount Everest, undertaking the task of transporting research personnel and equipment from the Mount Everest base camp (5,200m) to the higher altitude operation site at 7,469 meters in order to erect the highest automatic weather station in the world at 8,830m. The weather station will provide insight to scientists studying environmental patterns such as greenhouse gas concentration changes, the function of ecosystem carbon sinks and the characteristics of human adaptation to extreme environments in the context of climate change.

Snow Eagle Aviation, along with Airbus Helicopters, will continue their joint cooperation to help contribute to the rapid development of general aviation in high-altitude areas. 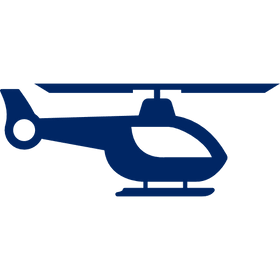